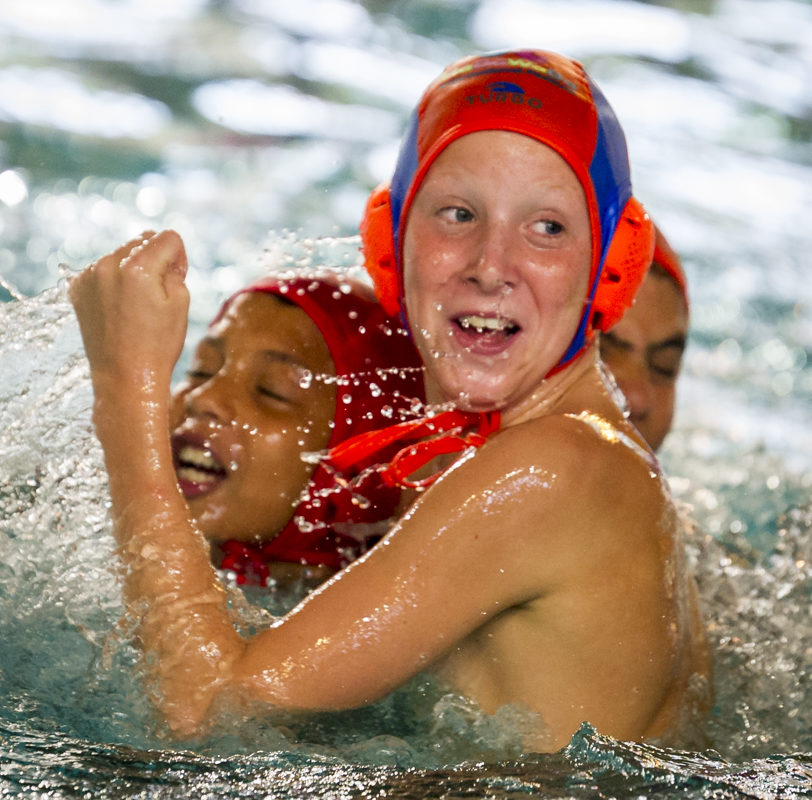 Bigger and more international. HaBaWaBa Plus U13 keeps growing, its 3rd edition, scheduled on June, 2018, from 24th to 30th, will bring to Bella Italia & EFA Village in Lignano Sabbiadoro (UD) 49 teams: 40 of them will play the men tournament, 9 squads will participate in the women competition, the true innovation of 2018. Overall 3 continents - Europe, America, Africa - and 10 different countries will be represented at HaBaWaBa Plus U13 2018: Croatia, Egypt, France, Greece, Hungary, Italy, Poland, Slovakia, Slovenia, United States. [caption id="attachment_24444" align="alignright" width="350"]

The women tournament is the great innovation of HaBaWaBa Plus U13 2018[/caption] WOMEN TEAMS. The 9 teams that will join the women tournament are coming from 4 countries: Hungarian Dunaujvaros, French Lille and American United Water Polo Club from Huntington Beach will challenge 6 Italian teams, Bogliasco Bene, Plebiscito Padova, R.N. Bologna, Roma Vis Nova, Locatelli Genova and 3T Sporting Club from Rome. MEN TOURNAMENT. On the other hand, 20 out of 40 teams playing the men tournament are Italian: among them we’ll have Posillipo and Savona, some of the best clubs in Italy. Both of them are at their first participation in HaBaWaBa Plus U13 after many editions of HaBaWaBa International Festival, the WPD event dedicated to U11 and U9 players. Other Italian newcomers are CSS Verona, Muri Antichi, Pallanuoto Como, Pallanuoto Treviglio, PallaNuoto Italy SSD, Ravenna Pallanuoto, R.N. Bologna, and Roma Vis Nova while Plebiscito Padova, Etruria, President Bologna, Venere Azzurra, N.C. Monza, Antares Latina, Aquatica Torino, Cabassi Carpi, Canottieri Arno Pisa and Pescara have already participated in the past. [caption id="attachment_24446" align="alignleft" width="350"] 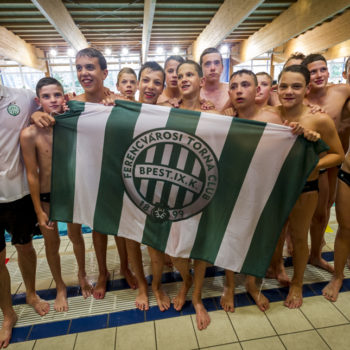 Ferencvaros, winner of HaBaWaBa Plus U13 2017[/caption] FOREIGN LEGION. Hungary has 8 teams and it’s the most represented nation among the foreign ones: newcomers Angyalföldi, Pécsi and Szolnok will come to Lignano along with 2017 winners Ferencvaros, Debrecen, Hírös, Szeged and Eger, which they all already participated in HaBaWaBa Plus U13 in the last two years. Other novelties are Croatian Jadran Split, Slovenian Maribor, Slovakian XBS Water Polo from Šamorín, Polish KSZO Ostrowiec and Egyptian Gezira, at their first participation in HaBaWaBa Plus U13 after many experience at HaBaWaBa International Festival. Also French and Greek waterpolo will be represented: first time for Sète, which will join Marseille and Lille, as well as Kastellas from Piraeus and Heraklion from Crete. American teams double: along with United Water Polo Club from Huntington Beach, Bruin WPC from Los Angeles will arrive at Lignano. June 24th will be the opening day of the event and it will be dedicated to the teams’ check in at the Bella Italia & EFA Village. Tournaments will start on June 25th tournaments and they will end on June 29th. Teams will leave the village on June 30th.   HaBaWaBa Plus U13 2018 - Women tournament teams   HaBaWaBa Plus U13 2018 - Men tournament teams