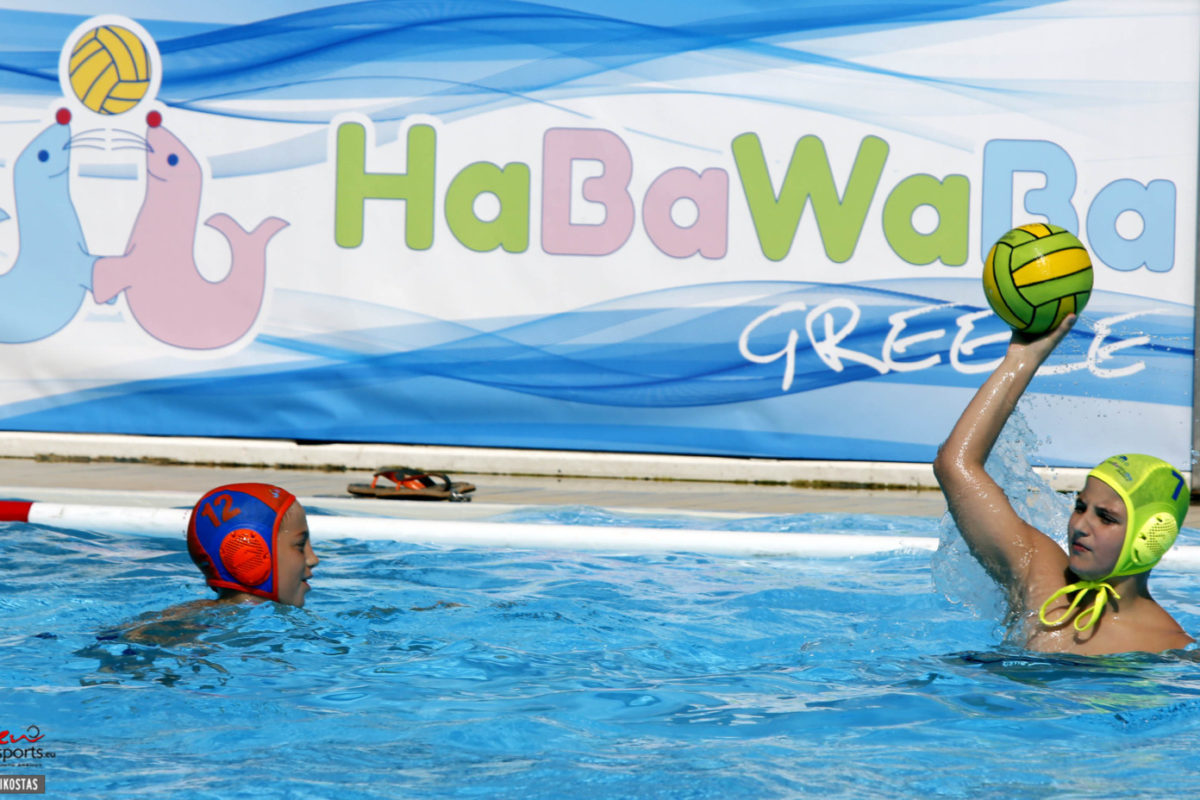 The 3rd edition of HaBaWaBa Greece, 5th to 8th of July 2018, was concluded with great success at the Olympic Swimming Pool of the Athletic & Nautical Club of Glyfada. 36 teams (29 in U11 and 6 in U9 age group) from 6 countries, enjoyed four days full of water polo, work shops and many side activities. Bureau members of Waterpolo Development, Bartolo Consolo, Yiannis Giannouris and Georgia Fyrigou, honoured Habawaba Greece with their presence during the closing ceremony.

Boris Margeta was the honoured guest who officiated the big final of the U11 Golden League, under heavy rain, showing this way his recognition of HaBawaBa as the most important event in the world of Water Polo. Angelos Vlachopoulos, player of ZF Eger and the Greek National Team, was the Ambassador of HaBaWaBa Greece.

In 2017, HaBaWaBa Greece took place at the olympic swimming pool of Municipality of Alimos, South Athens. Compared with the first edition, the teams went from 23 to 27 (21 in the U11 tournament, 6 in the U9) and the total number of attendeesincreased from 394 to 455. Three nations were represented: Greece, Egypt and Italy. Such as 100 games were played in four days, but only a club celebrated the victory: both the tournaments were won by N.E. Larissas, the U11 category by their Assassins team and the U9 competition by their Hippocampus team.

The 1st edition of HaBaWaBa Greece was held in 2016, from July 20th to 23rd, in Glyfada Nautical Sports Club, in Athens, and it was attended by 24 teams coming from Greece and Egypt.