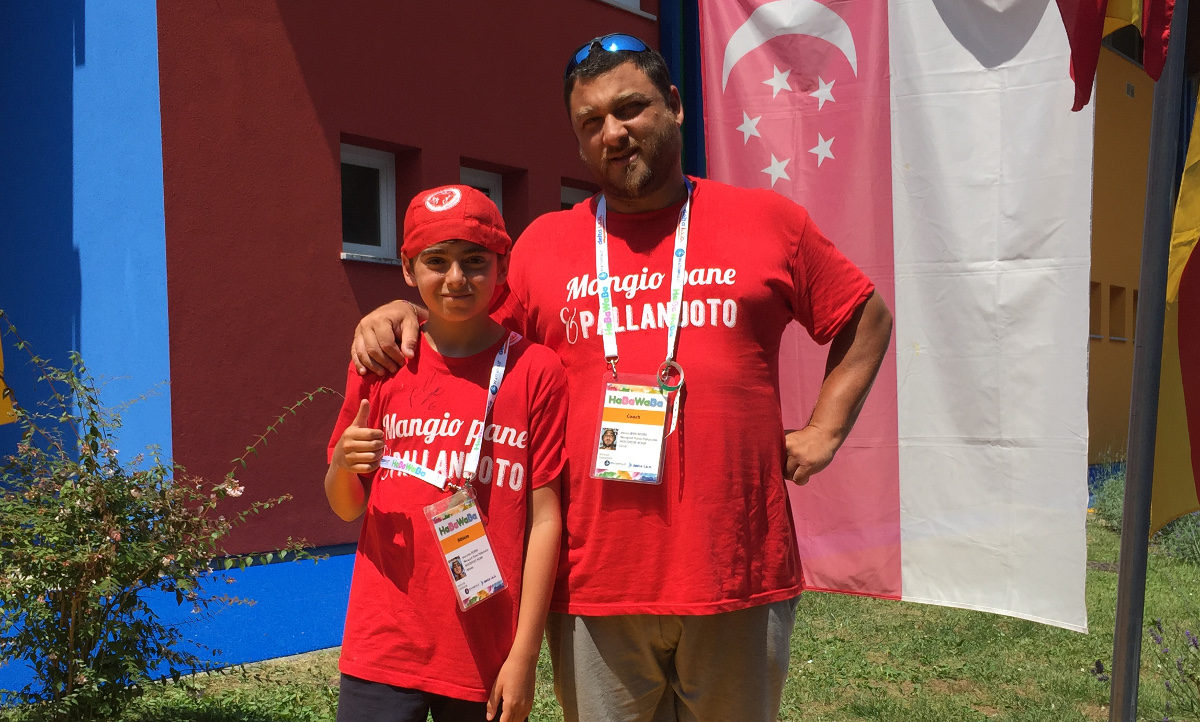 The first time Leonardo Fiorini participated in the HaBaWaBa International Festival was in 2015: he was 7 years old and the Golden Baby, the youngest player of the event. Since then, Leo returned every year to HaBaWaBa with Akrosport, the team from Rome led by coach Mauro Baronciani: Bimbo Leo, as his coach calls him, participated in 5 consecutive editions. "The first time I was a bit worried - he told us - kids from other teams were all older and bigger than me. Then I realized that I should haven’t had to be afraid: playing is not difficult and I always enjoy be at HaBaWaBa".  Games are the part of the Festival he loves the most: "The matches are the best, but I've always liked being with coaches and teammates too". Five years of HaBaWaBa, what is the most exciting memory? “My first goal, I scored on penalty. It was a great emotion in front of the spectators and my the team celebrating me. Now I wish to become a real waterpolo player”.  [caption id="attachment_30398" align="alignright" width="350"]

The "Asilo dei Papà" player of Akrosport[/caption] In Rome, Akrosport trains in an 18x12 m. swimming pool situated in an area called Casalpalocco: it’s a small pool, but big enough to transmit the waterpolo fever to players’ parents. Baronciani, in fact, invented “l’Asilo dei Papà”, the Daddy Daycare: every Wednesday evening, parents of little HaBaWaBa players come to the pool to play waterpolo. Mario, Leo's father, is also among them. “However, I'm stronger than him”, the former Golden Baby said. Obviously Leo, you’ve played 5 years at HaBaWaBa...