Last week, Thailand women national team head coach Daniele Ferri led the Chiang Mai Academy Team to the first edition of HaBaWaBa Asia. Here he can read the article he sent us about the HaBaWaBa experience his little players had in Singapore.

In the last two weeks we participated in a few important waterpolo tournaments: we went to Perak, Malaysia, and after that we moved to Singapore for HaBaWaBa Asia 2018 edition.

In HaBaWaBa Asia – Singapore edition 2018 we participated with the Chiang Mai Academy Team.

First of all, I’d like to congratulate the organizers of HaBaWaBa Asia edition 2018, they created this event very well. For example, the way the organizers provide transportations, meals or anything we asked for.

The swimming pool was in OCBC sports hub, which is very clean and convenient for the spectators. The pools decorated was full with playgrounds for children and the security system is strictly good. The LO (Team Nila volunteers) are very nice and helpful. 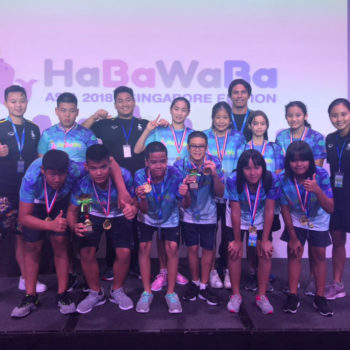 The Chiang Mai Academy Team, winner of the HaBaWaBa Asia 2018 – 13U category

The Chiang Mai Academy team’s performance was great. They showed to the other countries that Thailand Waterpolo is going to step in an upper level. As our team is mixed girls and boys (7 girls and 4 boys), we surprised all the teams participated the tournament which they are all boys team or mixed with most of all are boys. Together with the Chairman of Thailand Waterpolo, Mr Chanin Sangfuang,  we decided to open the academy in Chiang mai one year ago (November 2017) in collaboration with Thailand Swimming Association and Chiang Mai University. Some players are talented to participate in National team training camp as they moved from Chiang Mai to Bangkok, so now some of them are practicing with National Team and they are studying in one of the best school in Bangkok. So comparing with all the U13 participant teams, Chiang Mai players are new-by in waterpolo. And they showed to us that they can be very important players for Thailand National team in the future.

After one year we have 15 kids from Chiang Mai training and studying in Bangkok, we started to call this group of players “Thai Cantera”.

Ms. Varistha Saraikarn, coach in HaBaWaBa together with the other coaches Mr. Prinpisut Ngernvijit and Mr. Alongkot Jommawan, said “The score results are big different winning against every team. And it shows that we prepared very good in both defense and attack phases. Some of the referees were newly trained. So they gave some un-reasonable fouls and exclusions which effected in both ways since our players could learn to deal with different styles of referees”. 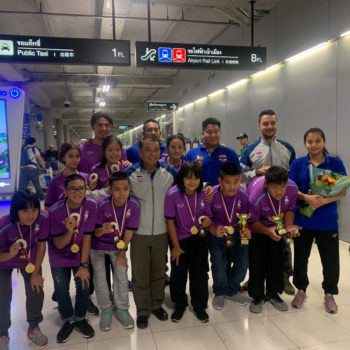 HaBaWaBa is a very great waterpolo activity for the kids. They can learn, have fun and inspire themselves.

During our days in Singapore, we had a nice meeting with the organizers of HaBaWaBa Asia, so we’re planning to organize another Asia edition of HaBaWaBa in Thailand in 2019.

In January we’re going to open a new academy in Khon Kaen, one of the biggest cities of the northeastern provinces, we wish it will be a new “Cantera” for Thailand waterpolo.