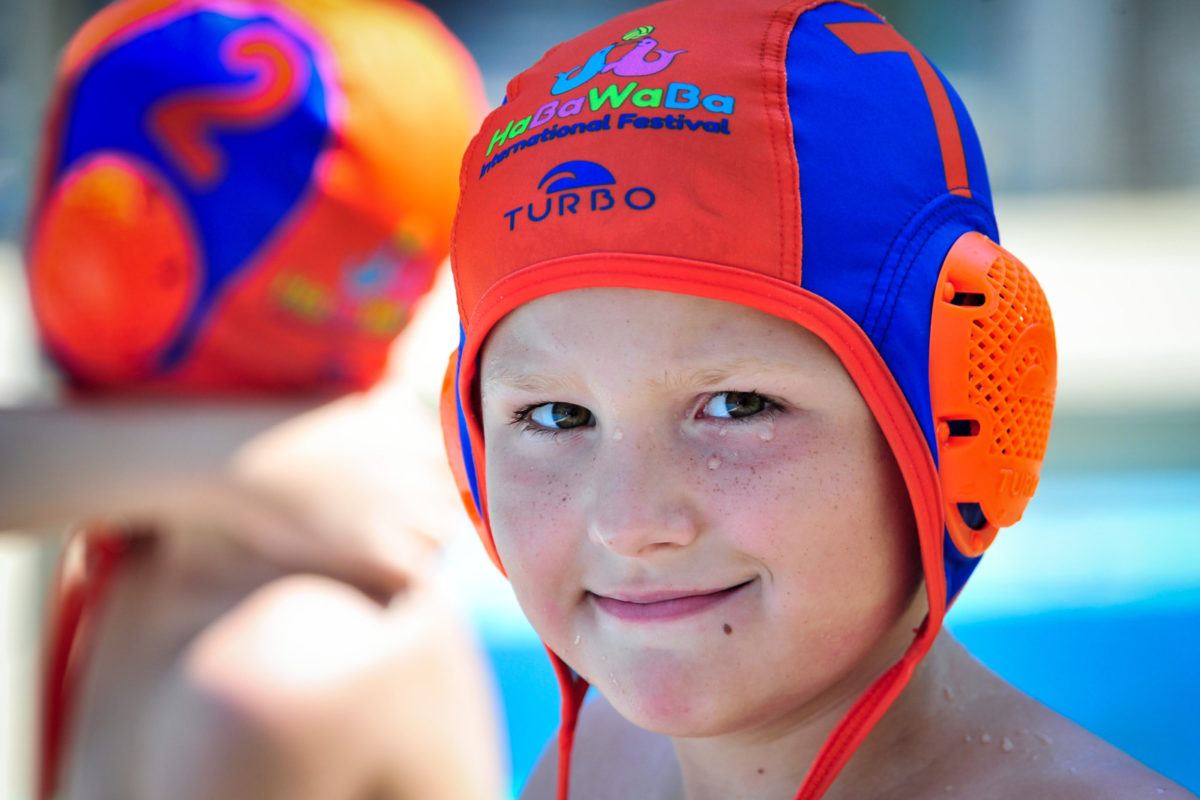 Everything is ready at Bella Italia & EFA Village in Lignano Sabbiadoro: from tomorrow, June 16th, 134 teams and over 1.500 kids from 10 different countries will join the biggest youth waterpolo event in the world, the HaBaWaBa International Festival. Also in its 12th edition, the Festival – invented by Waterpolo Development (WPD) and developed in two tournaments, U11 and U9 -, will combine sport, fun and education.

However, the most important to the kids will be the experience they’re going to share: for an entire week, the little HaBaWaBa athletes will live in the village without their parents, only with teammates and coaches, sharing with other kids coming from all over the world not only the experience of the competition, but also the recreational-educational workshops provided by WPD and their free time. HaBaWaBa International Festival 2019 will be attended by teams from Brazil, Greece, Egypt, France, Monaco, Spain, Switzerland, Turkey, Hungary and Italy.

The testimonial of the event is Fabio Bencivenga, an Olympic bronze and three Champions League winner: the little HaBaWaBa will meet him in Lignano together with many other personalities who will join the Festival. Among them the four-time Olympic gold medal winning coach Ratko Rudic, but also Zsolt Varga, coach of Ferencvaros that a week ago won the Champions League in Hanover.

The main innovation of the 12th edition concerns the HaBaWaBa rules, which the WPD wanted to change in order to promote a more dynamic, faster and with less contact game. The teams are expected to arrive on Sunday and the two tournaments will start on Monday. As in 2018, the results can be followed on the official HaBaWaBa app, which you can download from Google Play and the Apple Store.

Everything is ready: the big party of HaBaWaBa is about to begin!

One Response to "HaBaWaBa International Festival, the party is about to start!"